Laïcité and the French veil debate 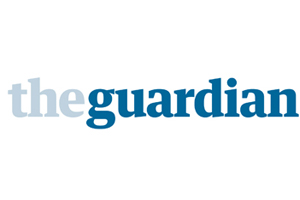 When the usually highly articulate Lord Pearson of Rannoch, the leader of the UK Independence Party (Ukip), raised the prospect of banning female face coverings early this year his choice of language summed up the poor level of debate on the subject. “We are not Muslim bashing”, the peer said, “but this is incompatible with Britain’s values of freedom and democracy.” This mix of ugly vernacular and banal generalisation was far from impressive. Rather than convincing people that the burqa (the cloak that covers a woman from head to foot, most often seen in Afghanistan) and the niqab (the more genuinely Islamic veil that conceals a woman’s face) were an affront to traditional British values, he merely played into the hands of racists who detest most manifestations of foreign cultures, and especially ones linked – however spuriously – with alien religions.

France, by contrast, is largely pursuing its own burqa and niqab debatewithin the context of the country’s commitment to the secular society, or laïcité, as it is referred to on the other side of the Channel. When the country imposed a ban on religious symbols, including the Islamic headscarf, in state schools in 2004, it was not because they weren’t French enough, but because they were not secular. A burqa and niqab ban can, according to this reasoning, be imposed outside any nationalistic debate.

That said, in June last year President Nicolas Sarkozy was widely criticised for targeting full-veil wearers as part of his Ukip-style national identity debate. He wanted to attract supporters of the increasingly discredited Front National party to his own cause, declaring both burqas and niqabs to be “an affront to Republican values”. Like Ukip, Sarkozy argued that the garments had no basis in Islam, were a threat to gender equality, marginalised women, and endangered public safety because terrorists could use them to hide their identity, or every kind of criminal, from bank robbers to shop lifters, could use them to steal. As Sarkozy told a recent cabinet meeting: “Citizenship should be experienced with an uncovered face. There can be no other solution but a ban in all public places.”

Such rhetoric clearly offended thousands in France, a country which has the largest Muslim population in Europe, of between five and six million (there are no official figures, for the obvious reason that a secular state does not count its religious affiliates). It was left to a Communist, André Gerin, to revert the debate to laïcité. As chairman of the cross-party parliamentary committee tasked with formulating a ban, he argued that wearing a veil was just “the tip of the iceberg” of “scandalous practices hidden behind the veil”, mainly to do with those “seeking to export a radical brand of Islamic fundamentalism to France”.

In fact only about 2,000 women are thought to wear the niqab or the burqa. Around a third of these are French wives who have converted to Islam following a marriage to a Muslim, and they tend to come from poor backgrounds. Significantly, very few feminist groups have actually supported these women’s freedom to cover-up, arguing that it is men who are invariably forcing them to do so. It is for this reason that the envisaged banning bill offers a year in prison and a fine of more than £15,000 to anyone convicted of forcing a woman to wear a full-veil. This compares to a nominal £100 fine – or even just citizenship classes – for any woman caught covering her face.

The fines ignore what I would contend is a significant number of women who in fact define themselves by their veils, choosing to wear them despite what anyone else thinks or says, especially male figures in their lives. However, beyond the polarisation of the debate between left (radical feminists) and right (extreme nationalists) there is no doubt that there is an increasingly vocal middle ground made up of staunch defenders of laïcité.

Polls reveal that the overwhelmingly majority of French people view full-veils as an attack on secularism. This prompted Gerin’s committee to propose a ban inside public buildings, including schools and hospitals, and on the national transport system. Muslim leaders, in turn, admitted that face-covering is not required by Islam, even though they warned that a full ban risks stigmatising all Muslims.

The bill goes before parliament in July and, although the acrimonious debate is sure to continue, it is almost guaranteed to become law. France would become the second country in Europe to impose a ban,after Belgium. What is certain is that any French law will be tested fully. Some veil wearers say they will take their case to the European court of human rights. In March the council of state, France’s highest constitutional authority, said a ban was likely to violate both the French constitution, and the European convention for the protection of human rights and fundamental freedoms. 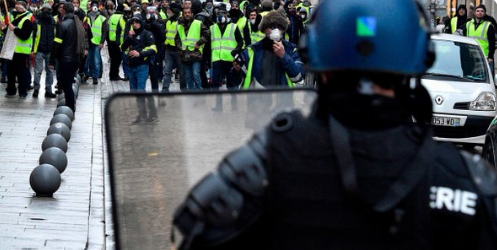